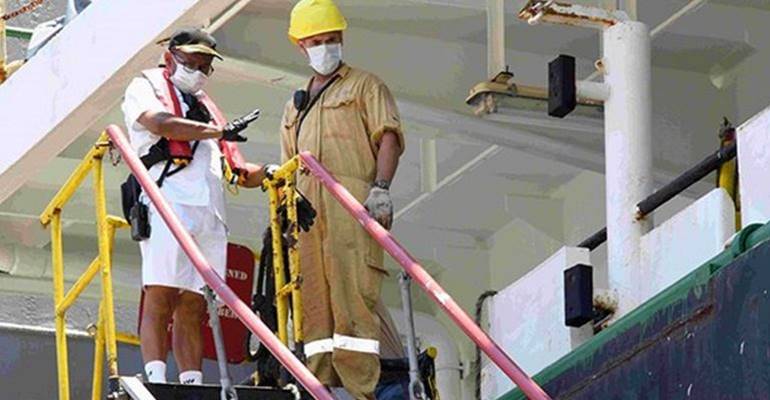 ITIC said that COVID-19 protocols were followed during a crew change in Manila run by a port agent on a ship manager’s behalf, but a positive COVID test results was missed. Local authorities and the agent found the positive test result for a crew member who joined at Manila after the new crew was on board and the ship had resumed its voyage.

“The positive test result has been missed by the ship manager, the port agent at Manila, the health immigration authorities and the vessel’s master,” said ITIC.

The positive COVID test meant the ship had to return to Manila to be disinfected, the crew all had to be tested and replaced if infected. The incident caused six days of delay in Manila and added five days steaming to the voyage.

The vessel owner subsequently claimed $350,000 from the ship manager, a figure that was negotiated down to $175,000 due to the number of parties that had missed the positive test, including the owner.

“ITIC reimbursed the ship manager but encourages all parties to remain vigilant and to check documentation thoroughly,” said ITIC.

“COVID-19 testing is likely to be a feature of seafaring life for some time to come, and a simple oversight such this can result in costly delays to the vessel and its cargo as well as causing unwelcome disruption for the crew,” it added.

This website uses cookies to improve your experience while you navigate through the website. Out of these cookies, the cookies that are categorized as necessary are stored on your browser as they are essential for the working of basic functionalities of the website. We also use third-party cookies that help us analyze and understand how you use this website. These cookies will be stored in your browser only with your consent. You also have the option to opt-out of these cookies. But opting out of some of these cookies may have an effect on your browsing experience.
Necessary Uvijek omogućeno
Necessary cookies are absolutely essential for the website to function properly. This category only includes cookies that ensures basic functionalities and security features of the website. These cookies do not store any personal information.
Non-necessary
Any cookies that may not be particularly necessary for the website to function and is used specifically to collect user personal data via analytics, ads, other embedded contents are termed as non-necessary cookies. It is mandatory to procure user consent prior to running these cookies on your website.
Spremi i prihvati
Scroll to Top